Jayden and Jay-Jay's BIG day Out

So, you won’t believe what we experienced on the 18th of March! Well you’re about to find out.

Firstly, we had the opportunity to play in a tournament in the borough of Wigan. We had to win to have a chance of getting through to Sheffield where if you won you would go to Wembley [and represent the NORTH of the country].

Before we think about that, we need to win the first tournament. Well, we won that with a clean sheet and a 5-0 win in the final, which secured our place at Sheffield.

Now, onto the big one [Sheffield]. We had to arrive at school for 08:20am for an early and long journey to Sheffield [two hours and a half drive on a Wigan Athletic mini-bus]. When we arrived at the venue, we un-packed and put on our boots.

We set off to face our first opponent [which was Leeds]. The match ended 0-0, as did the next two games we played. We had to win the next two games to go through to the next stage in the competition. Guess what? We won 1-0 then astoundingly, we won… 5-0 which guaranteed our place in the semi-final.

We were faced up against Preston North End, who were no match against us, which we beat 1-0!

Now we were in the Final against Blackburn Rovers [who we previously drew 0-0 with]. It was intense. The stakes were high. This was the closest we’ve been to Wembley. Unluckily they scored at the early stages of the game. The full time whistle blew and unfortunately we were unable to equalise.

Now, it wasn’t all over yet because we still had to go on a trip to the Wigan Athletic training ground.

The Exciting Trip To The Training Ground

Then we went to the canteen to have a look around. We were told about what the players would eat when they came for their breakfast and lunch. The chef said they usually eat fish or chicken with some rice on the side. An apple for afters is all they would get to stay healthy.

Now this was the best bit of the day out, we went to the pitch and the grass was top class. The man who was taking us around the ground said that if it was cold, there was an under floor heating system under the main pitch to melt all ice so the pitch is play able at all times including Winter.

After that we went to the boots room where the players keep their boots for training and the match; whatever number you are there is a peg with your number just for you and your boots.

After that, we went to the corridor where on transfer deadline day all the offices work together to sell and buy players before 24:00.

Later we went to the medical room where any players with injuries will go to see the physiotherapist or physiologists.

Then we went to the gym where there was all kind of exercises on the white boards ranging from the leg to the chest.

We all crossed the corridor to the swimming pool where the players have their hydrotherapy. There was a hot pool and a cold pool and they would change from pool to pool to help their recovery.

The changing room was next and it was huge! We had our picture taken under our favourite player [mine was Michael Jacobs].

After that we went outside and played football for a bit and then Mr Price said its time to go so we jumped into the car and drove back to school.

That’s the end of our exciting trips about football!!
Jayden and Jay-Jay 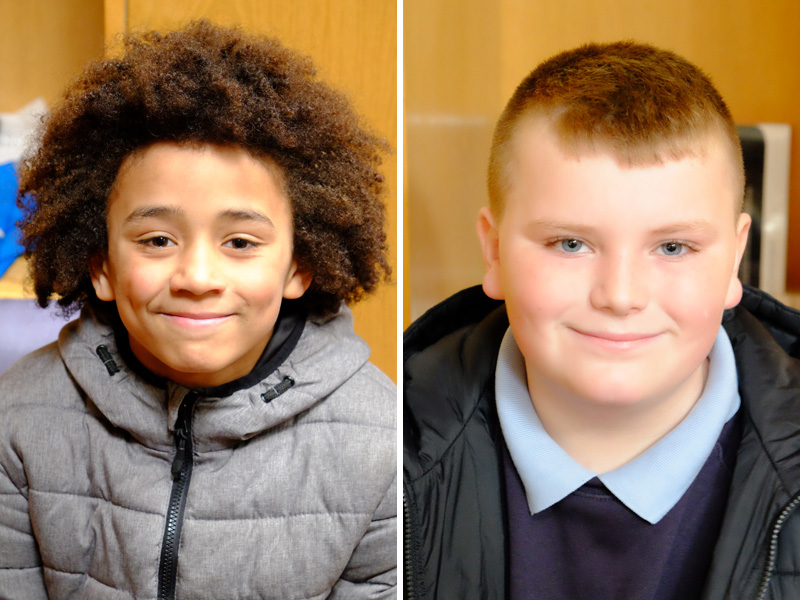